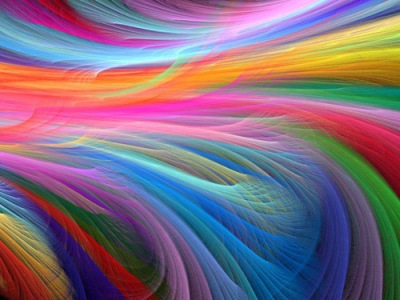 I look out my window. The earth resides under a blanket of gray. The color of the day seems to be muted with white and smokey tones. The evergreen trees are bleak as if they too have taken on the mood of the sky. It is quiet on the surface, but I can almost sense the battle between the dark and the light as the sun fights to shine through the clouds.

The gray sky today echoes of a world asleep while the battle rages.

I look out my window at school buses driving by, neighboring homes sitting as both a refuge or a place to hide the mess that lies within. Cars drive by, I hear the sound of workmen and the occasional plane flying overhead and my mind if filled with images of people with hearts and minds being lulled by the gray and wonder if they taste life. Do they know that there is an assault on their heart and mind? Do people realize that there is more to the story?

As I reflect, I recall scenes from The Wizard of Oz. The artistic directors beautifully told the story of those who were asleep. The entire first segment of the film, shot in black and white, portrays a sleeping world.  It appears most have agreed that this reality is all there is and have forgotten how to dream of more. A young girl, full of life enters the scene. Her ache for more is felt as young Dorothy sings about life over rainbows. I’m curious, if she knew the battle that awaited her beyond the rainbow would  she have wanted to enter that story?

Can you feel the tension?

Gray is the land on which most have made their home .

Gray feels safe and secure, its muted tones don’t seem to bother anyone and in fact, most have been deceived into thinking gray is all there will ever be.

For one living in gray the idea of more can almost feel too much.

I catch my breath as I type. More is too much. More is so much. More is what life looks like. More is not safe, nor is it comfortable. More involves dying to live. More involves fighting, rather than sitting. More involves deep belief and roots that are entrenched in the life giver’s soil. More involves choosing to admit that there is a battle and choosing to pick up a sword and fight for what is good. More involves eyes that are open, hearts that are vulnerable and a willingness to experience great pain to also experience great joy. More is the place where love lives. More is where heart ache is allowed. More is risk’s home and where impossible things are no longer seemed as foolish.  More is the place where light enters the darkness. Where being a victim isn’t an option, because the color has shown you your truest identity and you will fight to overcome. More is a place  of royalty. More is a place of tragedy, comedy and fairytale. More… well, it’s just that. It is more. It is what life looks like over rainbows.

Jesus declares that He is the author of more. He invites us to belief in Him and to live lives in response to this belief. He asks us to travel with Him over rainbows, into life that is abundant. Is his way safe? Oh no it is not safe. More is rarely safe. But His way, it is good.

I will choose to wear color today, to be light, to speak truth, to share of fair tales and to believe in the more Jesus has promised. What color blankets your life’s story? Do you hear an invitation into more?  Are you complacent, believing more can’t be for you and so you’ve resigned to gray? What holds you back from traveling over rainbows?

What truths do Jesus or his followers share about a life of more? Share some of those thoughts, verses or concepts and lets encourage one another all the more! as we see the day approaching.

Be blessed. Step into color and taste the more of Jesus.

2 thoughts on “Life Over Rainbows”

The Things I See

Today these prayers and scripture and invitation, which were written weeks ago, seem fitting. Grateful for a global community desiring to see goodness and beauty in the midst of dark and hopeful backdrops. #Repost @commonprayersduringpandemic ・・・ As another day begins, be full of hope for the Lord is with you and He is for you. He is mighty to save.

If you don't find Cari connecting with a new friend, an old friend or a soon to be friend, you might find her redecorating her home, gathering people around tables, exploring, creating, reading the book of John or reading the story of a hero whose life has inspired her to live a good story herself. Read more about Cari on her About page.